It concerns Arthur Ivens Croft: Born in 1880 to Thomas and Emma Maria Croft (nee Perrin). It’s the inclusion of the name Ivens that’s caught my eye.

It appears that Arthur Ivens Croft was born in the Autumn of 1880.  His father, Thomas Croft, had three siblings: In 1841 census they are listed as Harriet b. 1828; Fanny b. 1835; and William b. 1836 while Thomas was born a couple of years later, in 1843. In 1851 they are all still at home (brother William is an apprentice Tea Pot Maker) and Thomas a scholar, but by 1861, they have all moved on – his brother William has married and is living just up the road –  and Thomas aged 18 is alone with his parents at 105 Gooch Street, Birmingham listed as a Tin Plate worker, just like his dad, Joseph.

Thomas was to marry twice (he’s listed as a widower in 1871 living at 45 Bissell Street, Birmingham. with a 7 year old son, Thomas) [I’m still trying to track down his 1st wife.] Nevertheless his 2nd wife was Emma Maria Perrin who he married on 4th February 1879. Arthur Ivens Croft was born in the Autumn of 1880.

In the summer of 1904, Arthur had married Ellen Stewart, and over the next five years had three children: Iris Mona Croft in 1906, Marjorie Ellen Stewart Croft in 1907 and Arthur Leslie Croft in 1909. At this time he’s listed as living at 69 Heneage Street, in Sparkbrook, Birmingham which, oddly, appears to be the old Shepherd and Shepherdess Public House in Heneage Street, Birmingham which they were apparently renting from Frederick Smith Ltd., for £60.

In the 1911 census, he is clearly at 69 Heneage Street, in Sparkbrook, Birmingham which he rented along with a retail shop premises at 115 Montgomery Street from a Joseph Adams, for £18 5s. from where he ran a ‘Coffee Rooms’ business. Most records claim he was a House Painter.  With him in 1911 is his wife Ellen, daughter Marjorie and son (Arthur) Leslie. There is also listed one child who had not survived. Iris Mona Croft had survived just 1 year. In 1913, a son William Edward Croft was born but did not survive.

Be that as it may, in 1913 he was ‘according to the Birmingham Gazette’, living at 53 Kendall Road, Sparkbrook, and so it was that he decided to celebrate his 33rd birthday with a little birthday tea party and invited his sister Daisy and his mother Emma Maria over on the Sunday at 5 O’clock. He also invited his and Daisy’s friend, Joe Hathaway, who ‘had been keeping company with her for some time’. Curiously, there is no mention of Arthur’s wife or his 3 children.

Daisy sat down at the piano and started to sing, and the two young men stood close by. But then it all went tragically wrong.

Arthur was showing Joe a revolver he had had for several years, when on returning it to Arthur, it went off and shot dead his sister Daisy. She was 22. The bullet had severed the internal jugular vein and the internal carotid artery. Death was due to rapid and severe bleeding.

The most complete report of the incident can be found at the Birmingahm Gazette September 11th 1913. (Left hand column)

The report tells of the immediate reactions and the step by step details necessary for the coroner. But, putting aside these dreadful events, and the fact that his wife and children are absent from the whole story, or why Arthur is apparently living in Kendall Road, I’m still left wondering where the name Ivens came from.

It turns out that his mother, Emma Maria Perrins was the daughter of Daniel Perrin (b.1826) who had married Harriet Ivens in 1847 – the daughter of Robert Ivens a carpenter from Swinbrook. Emma Maria was the second of their three children: Daniel (b.1854); Emma Maria (b.1857) and Joseph (b.1858).

It seems that Emma Maria had wished to carry the Ivens name forward to her son.

Arthur Croft, meanwhile, went on to enlist in the Royal Army Medical Corps on 11th September 1915 (Pte 66473) just 3 months after his daughter Frances was born and just as he turns 36. On his enlistment papers, he cites his wife as Ellen Stewart Croft, as well as three children: Marjorie Ellen, Arthur Leslie and Frances May (born 19th June 1915) all living at 12 Leamington Road, Sparkbrook, Birmingham. (Leamington Road is about a 15 minute walk from Kendall Road which in turn is literally ‘just around the corner’ from Montgomery Street. However, they are a good 40 minutes walk from Heneage Street)

But by October 1915 he had broken his leg and by July 1916 he was discharged as ‘no longer fit for war service’ – though it has to be said that he was passed fit for overseas service in the March of 1916.

There are various papers including these and Electoral records from 1915 through to 1927 which all show 12 Leamington Road, yet curiously, one record for 1925 suggests 12 Palshill Place, and this address is repeated in 1930 and indeed Marjorie Ellen Stewart Croft (his daughter) is still listed there in 1935. 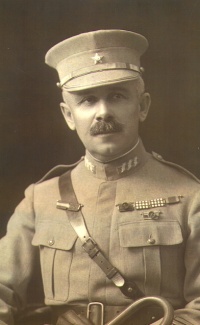 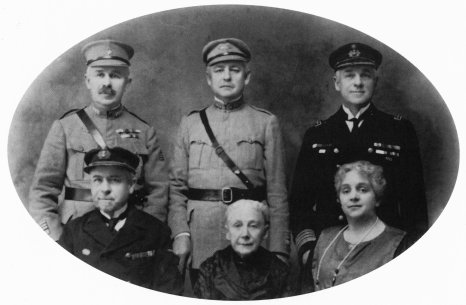